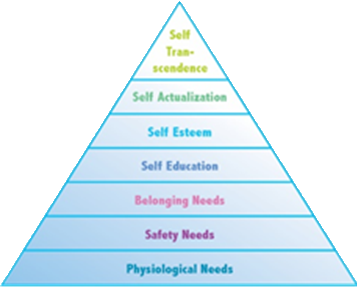 I train students studying psychology, coaches, therapists, and those who are interested in researching their inner being and consolidating their Personal and Professional Development Portfolio. This also includes training those interested in living more authentically and those who aspire to evolve in today’s world, through meditation, inner expression, and soul initiation.

My courses are so designed to suit the needs of a developing self and include a wide range of topics that promote inner reflection, soul mapping and living authentically with clarity and a solid foundation that is backed up with scientific research. Courses can be designed according to the needs of an individual or organization.

Training takes place one on one, as well as in small groups. Each unique aspect of self is part of the group focus, so training courses are adapted to suit the needs of the group and do not always follow a generic. Often, courses in personal development may offer a proper step by step introduction to meditation and mindfulness, guaranteed to work for the practitioner willing to commit.

Training can take place both in house and online. More information about the courses I offer can be found in the Programs section. Alternatively please send an email to lindymcmullin21@gmail.com with your needs and questions.

*The Cognitive-Transpersonal Psychological Spectrum includes all psychological theories that lead to transmutation (the action of changing or the state of being changed into another form), the future of twenty-first century psychology.
All inner archetypes are gathered through soul retrieval, to reveal true core potential. This results in inner harmony, balance, peace and knowing.
Cross over the bridge from powerlessness into healthy, conscious living. Commit to becoming happier, and fully conscious of your unique actualization process.

Drawing on ancient wisdom traditions and the entire spectrum of psychological theories, my approach brings a holistic spectrum to personal and professional development. Life choices in terms of career or personal life patterns are based on thoughts, feelings and actions. The need to honour self is one of the most important aspects of personal growth, but this is not fully possible unless all unconscious drives and needs have been transmuted.

This is what is unique to the way in which I work in a quantum field of potential, ensuring that the sacred aspects of self are reactivated in order to restore harmony and balance to the self. I also train my clients to become global citizens and to reflect on what it means to be human and yet to embody divine aspects.

A TRANS-PERSONAL AND INTEGRAL PERSPECTIVE

The idea of the transpersonal was first born through James (1985) during his Gifford lectures at Edinburgh. He argued that radical empiricism was needed to investigate experience as part of psychology. In the 1960s, the term radical empiricism was used to refer to areas of human experience that moved beyond the ego and personality into the realm of the mystical. A seminal inquiry by Boucouvalas (1980) identified four levels or spheres of study imperative to understanding existence; individual, relationships/group, societal and planetary/cosmic.

Human beings are part of a cosmic system and as long as they follow ideas of separateness they fail to acknowledge and contribute to the importance of evolution. Consciousness has multilayered aspects of existence that begin with archetypes – those figures that embody our ideas of evolution in perfection. These archetypes evolve from being physical bodies to that which is formless but still exists within patterns of consciousness.

These are the essential aspects of self that I encourage my clients to re-discover within, as they suggest that development occurs holistically (as a whole) and that each individual may affect this whole by re-envisioning their own inner world. Archetypes as described by Jung (2008) are archaic, culturally imbedded images charged with strong emotional tones that attach importance to symbols and symbolism. There is a plurality of meaning associated with symbols that could have different interpretations in various cases. Jung saw symbols as being regressive as well as progressive, messages coming from the unconscious that had value and purpose of a spiritual nature.

Von-Franz (1995) described the awakening of consciousness in creation myths as movement from above to below and below to above. This upward and downward movement played an important part in myth, acting as a reminder of the downward directional movement into the lower unconscious and the ascendant direction towards transpersonal development (Assagioli, 2008); in development, as Assagioli pointed out, the lower was of equal importance to the higher, and becoming aware of both brought about a change in consciousness.

My work is about changing perspectives and bringing about paradigm shifts not only on a personal level but in the collective as well. The universality of archetypal images imply more than personal consequence. By raising the soul beyond its egocentric confines, the word archetypal points to something of value. There is both an intentional force, as in the case of Jung’s (2008) instinct, and the mythical field of personifications, as in the case of Hillman’s (2004) Gods.

In order to actualize and transcend the self, one must have self-knowledge which in turn brings self-esteem. I create individual programs for clients according to their needs, and train them to use active imagination, sacred symbols, myth, mindfulness, active listening, empathy, acceptance and non-judgment, in order to enhance self and to develop personally, professionally and trans-personally.

Sessions last from 60 minutes to 120 minutes in a warm and safe environment in-house or on skype.